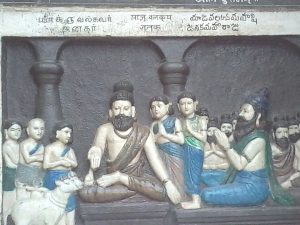 The ISKCON India Scholars board had been requested to provide references from scriptures of the pāñcarātrika-mārga  and vaidika-mārga pertaining to prāyaścitta (atonement) for a Vaiṣṇava, as a result of an accidental falldown.

The following is the summary of our findings:

Schism in the Śrī Vaiṣṇava Sampradāya